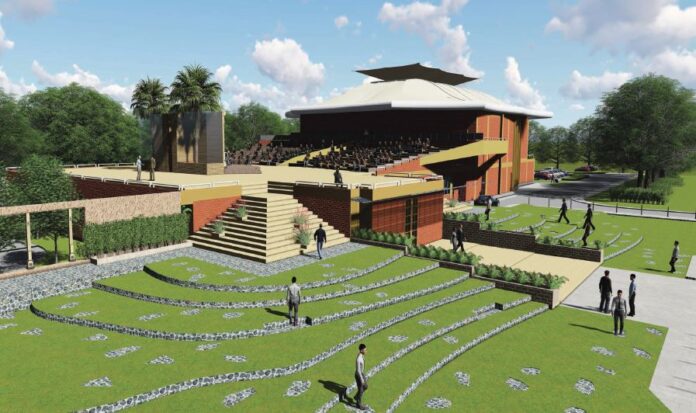 We welcome everyone to the series of Tete-a-Tete Talks and we have with us Ar. Nabin Patra, Managing Director and Head of Geometric Design Management Services Pvt Ltd, a company that offers a range of architectural and allied services. It is headquartered in Delhi and has a team of professional designers with over twenty-five years of experience in this industry. 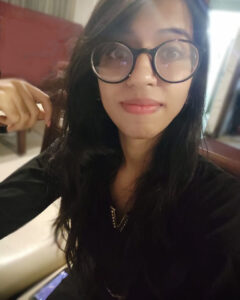 KJ: – To begin, let me ask you about your journey as an architect and the challenges you faced while scaling up geometric designs? What were your experiences and eruditions throughout?

NP: – Well, before I started college as an architectural student, I was not interested to come into architecture as I was a mathematician, so I was thinking to get into IIT. It was not until I met BR Mahapatra in my second year, a practicing architect in Qatar with whom I worked for five years, that I got motivated, as it laid the foundation to my understanding of what an architect is, and what his function in society is. After all my experience I have concluded that both architect and creativity cannot be corporate. I often compare the architect with a scientist who sometimes derives the theory in one-year, other times spends his entire life trying and gets failed. Similarly, the architect experiments on himself without realizing what the results would be.

KJ: – In few words, how would you define your design process – philosophy?

NP: – An architect has to think beyond what is existing, to make the universe comfortable. Innovators don’t follow rules or philosophies, they come up with new ideas. Even what bylaws we follow are written by some architects and driven by some architects, so one cannot have philosophical innovation. As a philosopher, you follow something, but as an architect, you are beyond any limitations. There is nothing called philosophy to architecture. Architecture is innovation.

KJ: – So, I also feel a good space is directly proportional to happiness. What do you feel is the greatest change you have done for the well-being of society in your journey of the past 25 years as an architect?

NP: – Whenever we take on a new project, we try to keep it in the context that we need to prepare for the next century, one that can endure for at least another 100 years. Chandigarh was designed almost 70 years ago, yet if you visit Chandigarh today, you’ll find it to be the most organized city in India. It’s the best example in our country. It is so because Le Corbusier dreamed about 100 years ahead and made it in such a way that it can endure 100 years or more. Today, the buildings done by architects are going to be crappy in five years.

KJ: -In this contemporary world, how according to you a community-oriented space should be designed. As an example, the Delhi Haat in Janakpuri and Pitampura that your firm designed are good examples.

NP: – We architects are supposed to generate space, not kill space. In Pitampura and Janakpuri Delhi Haats, we incorporated music as a theme The focus was to make it greener. If you simply look at it from the sky, it shouldn’t feel as if green space has been destroyed to make way for the Delhi Haat. So, that was our design philosophy. The process drives the project from day one to the end. Dilli Haat is a multi-cultural, multi-traditional destination. An urban-rural bazaar showcasing handicrafts, artifacts, and food stalls from the best of regions of India and abroad. 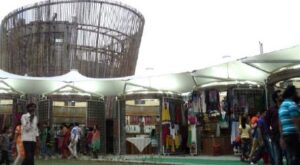 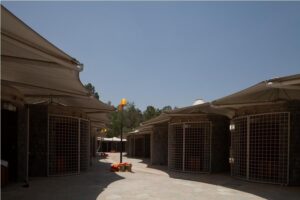 We intended to interestingly play with levels to give visitors an interesting circulation space and more green cover. Dilli Haat Janakpuri was designed to give visitors something new and interesting to see in every nook and corner. Levels have been made in such a way to make it appear like everything is on the ground floor yet otherwise. The roofs of all the structures are merged with the ground level to ease its access and simultaneously make every inch of space useful.

Let’s create buildings that are not designed for the next five years, but 100 years. Architects today are making the buildings for their period of contract. They’re not bothered about what is happening tomorrow.

KJ:-The world is now slowly realizing the seriousness of climate change. What is your take on sustainable practice in architecture today? Can you explain how you are influenced by nature and traditional materials and how it is integrated within your designs?

NP: – Let me give you a small example of climate change. Our great grandparents lived in cold regions like Kashmir and elsewhere, and they put hot water into the blanket to stay warm throughout the night. The wisdom of our ancestors has faded from us as a result of vendor-specific software.

The European world and some Western countries don’t use air for heating or cooling since they know that water has 4000 times more thermal conductivity than air, which means you need one liter of water or one cubic meter of water to contain the same heat energy as 4000 cubic meters of air.

The sustainable practice involves maximizing natural resource use and minimizing harm to the environment. The second thing we do is focus on ventilation; if there is a basement, we incorporate a sunken

courtyard so that there is natural lighting in the basement. Instead of air conditioning systems, you can use these radiant cooling systems that are water-cooled. Other factors like using a bamboo panel, a wood panel will degrade on their own. If you put concrete or something similar it will last for at least 1000 to 1500 years, therefore destroying the environment. Whenever possible, try to educate the client when they have a certain budget. And there’s also a parallel world that is vendor biased, which I call a vendor-wised world. They don’t know, they’re a vendor who gives really good advertisement and 3d walkthrough views but they’re not going to sustain the next 100 years.

KJ: –In Delhi Haat, Janakpuri Bamboo has been extensively used as a building material. How did you end up choosing bamboo? Could you elaborate on your results with it?

NP: – I feel Bamboo has potential which has not been explored till. Using bamboo as a construction material requires cutting and putting it in water for at least five days so the bamboo juice kills it because it’s too sweet, which attracts insects and bacteria. An on-site bamboo treatment plant was constructed, and we procured some bamboo from the Northeast. You see after it’s almost like 10 years now and, the bamboo is standing still.

KJ: –Architects in countries such as India, where traditional architecture is a major asset on the one hand, but the huge trend of global design is on the other, have to perform either a successful balancing act or be singular in their approach. What do you have to say about this?

NP: – If you look at our old cities, they were so beautiful, even today. Today, only the population has increased, that’s making the areas crampy. So, there is no question of traditional architecture or modern architecture, just make it beautiful. Our country has the best heritage value, it was the best heritage Valley in the world, most old and precise, Banaras being the live example of more than 1000 years old city and it’s been beautiful.

KJ: –In order to understand what goes into designing auditoriums, IP University Dwarka presents a good example. Could you please shed some light on it?

NP: – Using minimum footprint again was our goal and we had used the roof here as an amphitheater. 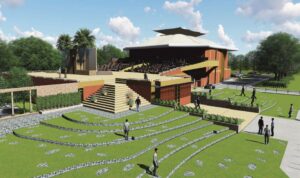 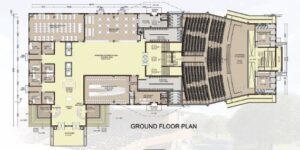 KJ: –Houses are true reflections of their owners’ personalities, supporting the above statement could you explain your concept behind the design of the farmhouse which you have recently done.

NP: – Yes absolutely, this farmhouse is very close to me. There is a deck that is floating from the air to nature, about 30 feet long, with a cantilever deck like a portico. Then we made a dome that is cut to a precise size and has zero foundation. As a result, the force in both directions becomes equal at a certain point, shearing versus bearing. 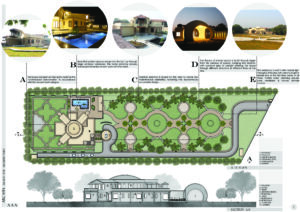 KJ: –Do you think that architecture is also a means of communication? Cities are full of memorials and other buildings that aim to remind people about certain events.

NP: – In the past, our cities were beautiful, but today we have a problem connecting two cities due to a mess we created in the middle. Today if you’re trying, you’re living in South Delhi or somewhere similar you have to make a plan before going somewhere. People must be educated together, so they are more likely to use public transportation. I feel our cities are not comfortable making it work because we have harsh weather. We have an extreme cold. We have extreme heat in our country. Our temperature goes from minus two to 50. So, walkability is not the right solution I feel. And public awareness is also the major factor. We have to make the public infrastructure good, maintained, then pressurize the public to use it. Let the public have a good experience.

KJ: -What do you think is the future of architecture post COVID? How would this affect the design industry?

NP: –Covid has taught us that there’s something called survival for the fittest. As far as its impact is concerned, I think we need to build for the next era now, next 100 years, which will automatically cater to all the problems.

“Delhi Clean Air Forum” – ‘2500’ Resident Welfare Association of Delhi comes together to call for an action on finding long-term solutions to Delhi’s...