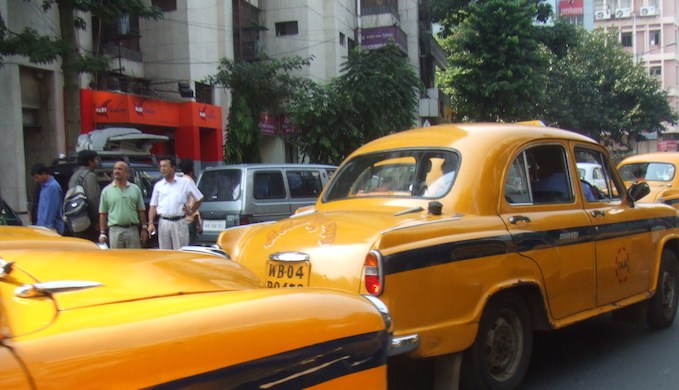 A rapid loss of green cover, more vehicles on the roads and massive pressure of urbanisation are contributing to the negative change in microclimate in most cities in India 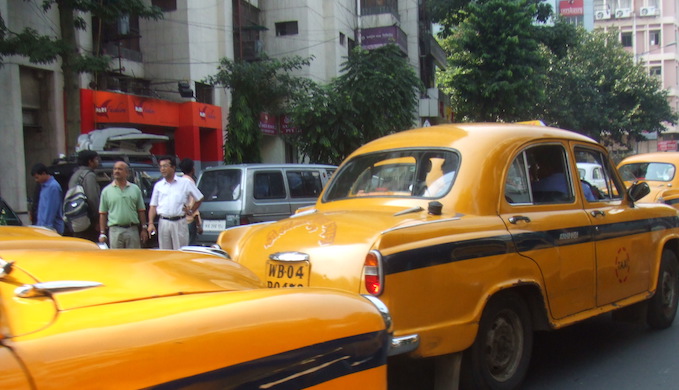 From leafy residential neighbourhoods such as Alipore and Rajarhat to Laldighi in the heart of Kolkata’s business district earlier known as Dalhousie Square to busy traffic intersections, India’s eastern metropolis is showing unmistakable signs of urban heat islands, mirroring the reality in other big cities in the country.

An increase in vehicular traffic, intensive land use and encroachment of the wetlands in the eastern fringes of the city are adding to the intensity of the heat island effect in Kolkata, according to a recently concluded research by Auburn University in the US done in collaboration with the India Meteorological Department.

“Every city, big or small, has its own urban heat island magnitude. It is important to know it as also identify the root causes,” says climatologist Chandana Mitra, lead author of the study that is yet to be published. An urban heat island is a city or metropolitan area that is significantly warmer than its surrounding rural areas due to human activities.

The urban heat island effect is significant in India because some 70 cities in the country are expected to host a population that exceeds 1 million by 2025, less than 10 years away. This would include three mega urban regions: Mumbai-Pune (expected population 50 million), the national capital region of Delhi (more than 30 million) and Kolkata metropolitan area (20 million). These will be among the largest urban concentrations in the world. How this growth occurs will have significant local and regional climate effects.

It is in this context that the study of urban heat islands and search for mitigation planning becomes significant. Reduction of green area in order to fulfill the urbanization-associated demand, and resultant increase of air pollution call for greater attention to keep more focus into this field in order to imply appropriate strategies to save the microclimate of the city, according to the study.

Kolkata has seen a huge increase in its vehicular population in the past 10 years. The general rate of increase of all modes of vehicles has gone up. State-owned engineering consultancy firm RITES has estimated 462 million passenger trips per day by 2016 for cities that have populations in excess of 100,000. The annual growth of travel demand is increasing at the rate of 2.2% in Kolkata, 4.6% in Mumbai, 9.5% in Delhi, and 6.9% in Chennai. Between 1996 and 2011, vehicular traffic has doubled in Kolkata. With the increased travel demand and other economic activities and the dependence on fossil fuel-based energy sources have seen a consequent increase in greenhouse gas emissions in recent times. This adds to the heating effect in many areas of a city.

To get a clear picture of the heat island effect, the study collected temperature data from nine stations – four points within the city (Alipore, Princep Ghat on the banks of the Ganga, Laldighi, Chiriamore), one urban point near the international airport (Dum Dum), one peri-urban point with buildings as well as greenery (Rajarhat), one extremely busy traffic point on a national highway (Kona Expressway) and two rural points (Hanspukur and Maheshtala).

The time period for the research was two and a half months covering the hottest months of April and May till the onset of the monsoons in Mid June. The overall heat intensity intensity for Kolkata for this particular period in 2014 was about 2 degrees Celsius. Predictably, the day and night time difference in temperature was highest in Kona Expressway, which has the highest vehicular traffic, the difference being 130C for May, usually the hottest month in the city.

Quoting a vision document of the government, the study points out that the demographic projection for the Kolkata metropolitan area indicates that about 6 million additional people are going to reside in it by 2025. “This will call for further increase in vehicular traffic with corresponding implications for intensity in urban heat islands for the city and consequent thermal discomfort for citizens,” Mitra says.

Speaking on the reduction in open spaces, she says, “As anyone can see, the wetlands in the eastern parts of Kolkata have been encroached upon by construction, some planned and some unplanned. The traffic on the eastern metropolitan bypass is practically uncontrollable now. The land use land cover change in the wetland area is noteworthy and does have an impact on temperature and overall microclimate of Kolkata.”

A 2011 study on urban heat islands by George Thomas and E. J. Zachariah in Kochi city in Kerala and its suburbs corroborates the results of the Kolkata study. The Kochi study found that the western region of the city, though densely built up, was interlaced by wetlands and the water cover percentage in the study area ranged up to 66%. This large water mass acted as a huge thermal storage and buffer and appeared to be modifying the negative affects.

This phenomenon of urban heat islands has several human impacts. “Health problems come first. The thermal discomfort is especially high for young children and senior citizens,” says Mitra. “People need to be careful about their consumption patterns. For example, the use of private cars and air conditioners, if multiplies, will see a more expansive effect of the urban heat islands.” This is true across all cities, she said.

There are many reasons to be worried. A 2014 study across 65 North American cities by the Yale School of Forestry & Environmental Studies found that variation in how efficiently urban areas release heat back into the lower atmosphere through the process of convection is the dominant factor in the daytime urban heat island effect. The phenomenon could have profound impacts on human health in cities worldwide as mean global temperatures continue to rise, and as more and more people move into cities, the study found.

For most administrators and policymakers, the knowledge of urban heat islands is scarce and there is lack of coordination with researchers working in this area. “The India Meteriological Department is keen to utilise data from such research and receive feedback on a much higher scale to assist with our weather forecast functions,” says Devendra Pradhan, a scientist at the Met department who supported the Kolkata study.

This report was first published in indiaclimatedialogue.net