A photographer’s journey down the Yamuna in Delhi captures the extent of climate change effects, abuse and encroachments 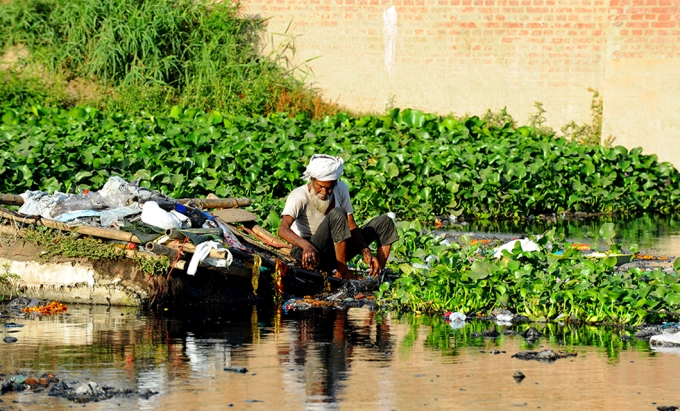 Collecting plastic bottles and packets from the Yamuna for recycling

Yamuna, India’s second longest river, rises in the Garhwal Himalayas, where climate change is affecting the availability of water. The flow in the river has become more uncertain, sometimes too much, often too little.

This comes on top of all the abuse the river is subjected to, despite being considered holy by millions of people. In Hindu mythology, Yamuna is the sister of Yama, the God of Death. Two days after every Diwali, millions of women pray to her to safeguard their brothers, while it is the manifestation of the goddess in the Yamuna River that they abuse through the year.

The abuse is at its worst in India’s capital. Except in a good monsoon, the authorities take all the fresh water as the Yamuna reaches Delhi. For most of the year, when the river leaves Delhi 20 km downstream, it only has drain water.

The water channels of the Yamuna take up 1,600 hectares in Delhi; another 8,100 hectares are designated as its floodplain. This has been encroached upon by government and private agencies alike, of which theArt of Living Foundation festival was only the latest example. The crucial functions of the floodplain — groundwater recharge and flood control — have been seriously compromised.

To add to the woes, scientists say one impact of climate change is an intensification of the hydrological cycle, which means fewer rainy days in a year, but more intense rainfall on those days. That also has an adverse effect on groundwater recharge; when it rains furiously, most of the water flows away instead of seeping underground.

A pristine Yamuna is a life-giving river, as can still be seen in the stretch before its water is appropriated. Starting there, our team travelled the 20 km to document how the Yamuna is changed to an encroached-upon drain.

All images by Dilip Banerjee, photojournalist based in Delhi 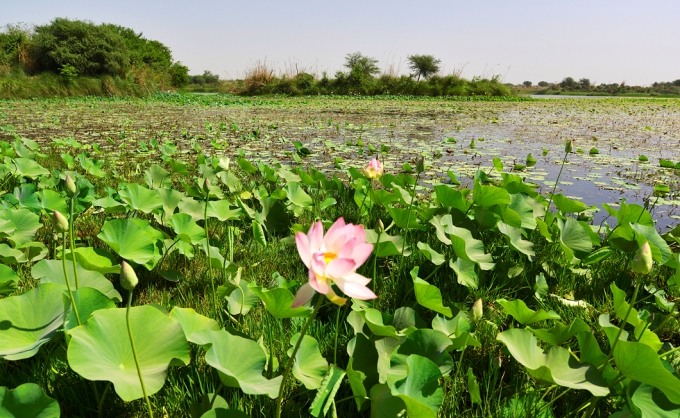 A pristine stretch of Yamuna basin in Yamuna Biodiversity Park 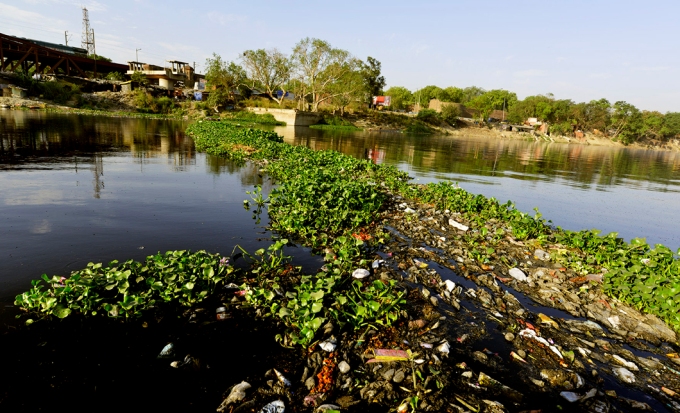 Downstream of the Wazirabad barrage, it is all drain water, as seen at Qudsia Ghat here. Water hyacinth and garbage combine to produce a nauseating stench 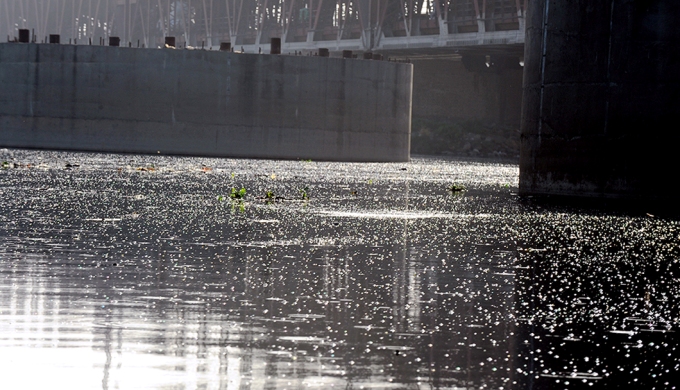 Methane bubbles from the water near Qudsia Ghat. An estimated 80% of Yamuna’s pollution load comes from the 18 drains that empty into the river as it passes Delhi 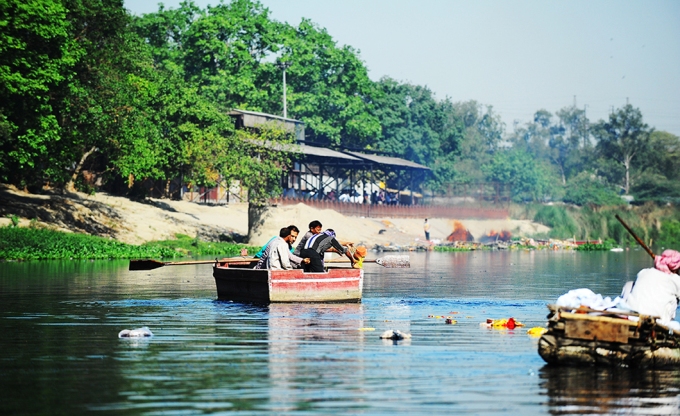 At Nigambodh Ghat, Delhi’s busiest crematorium on the bank of the Yamuna, it is common for mourners to throw into the river ash, bones, flowers, pots and anything else used during prayers. Since there is hardly any water next to the crematorium, mourners often hire boats for the purpose 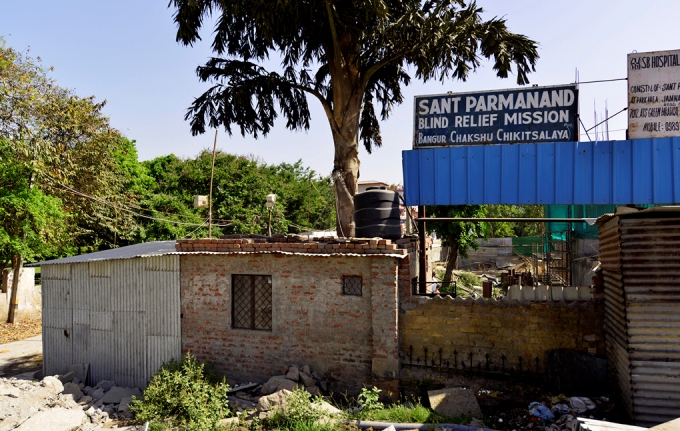 This building is coming up right now on the Yamuna floodplain near Nigambodh Ghat. The builders say it will be a ten-storey charitable eye hospital. There are conflicting claims on whether the Delhi Development Authority or anyone else in a position of power has given permission 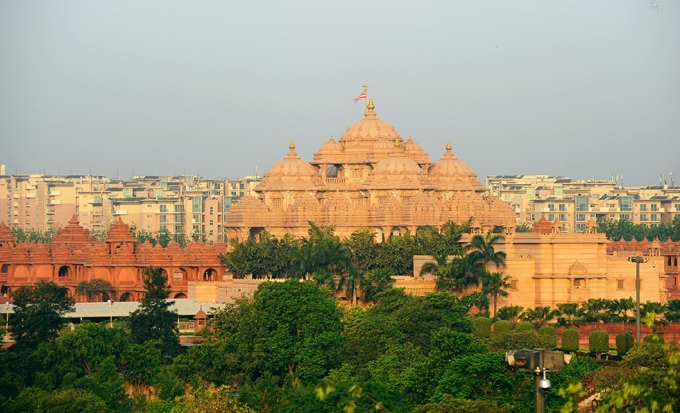 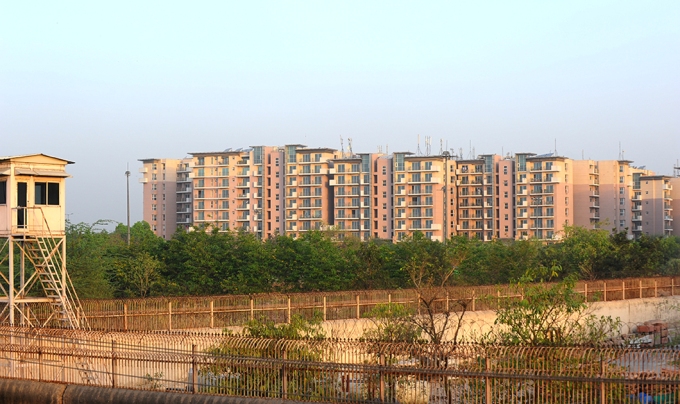 The government encroached on the Yamuna floodplain to build the athletes’ village for the 2010 Commonwealth Games, and the courts permitted this despite litigation by environmentalists. Together, the Commonwealth Games Village and the Akshardham temple next door occupy around 150 hectares of the riverbed 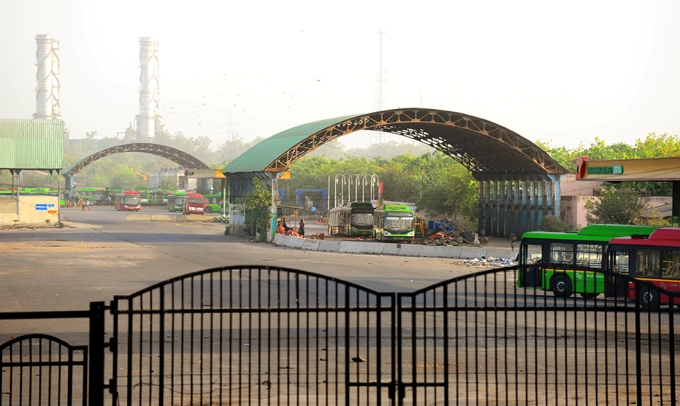 The government encroached upon another 20 hectares on the floodplain to build a bus parking lot before the 2010 Commonwealth Games. The authorities told the court it was a temporary measure, but there is no sign yet that it will be pulled down. This year the Supreme Court once again rapped Delhi Government for not having moved the parking lot out of the floodplain yet 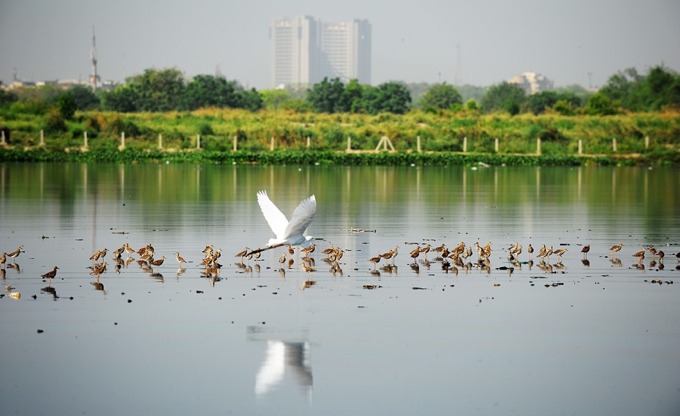 However polluted, the Yamuna is still home to many birds 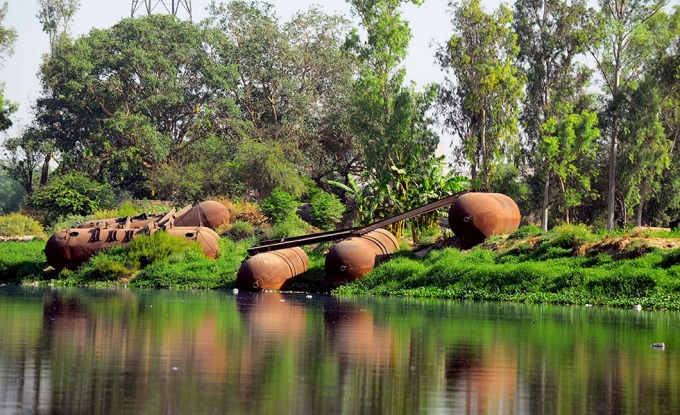 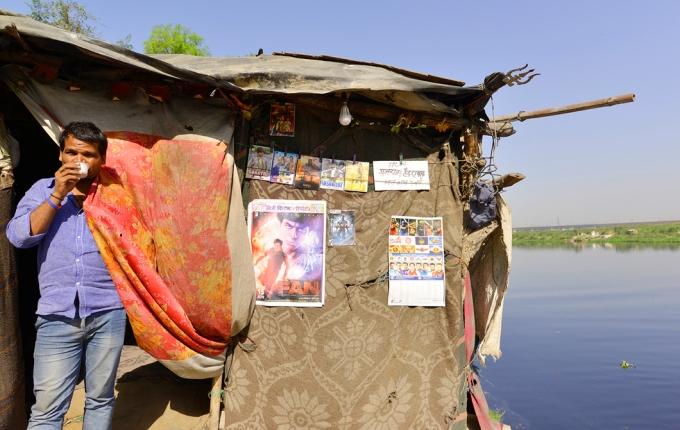 That is a cinema hall on the Yamuna floodplain. When it is not showing movies, it screens cricket match telecasts 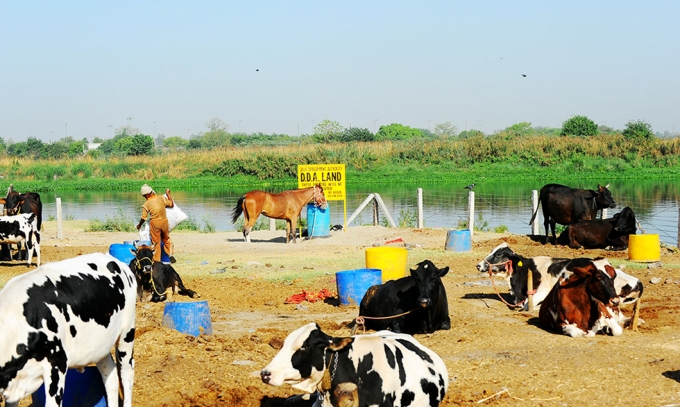 A dairy on the Yamuna floodplain, on land declared to belong to the Delhi Development Authority, near Sonia Vihar 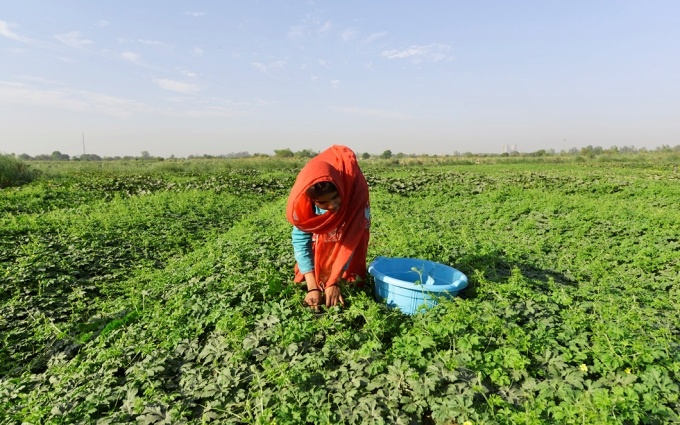 This report was first published in indiaclimatedialogue.net