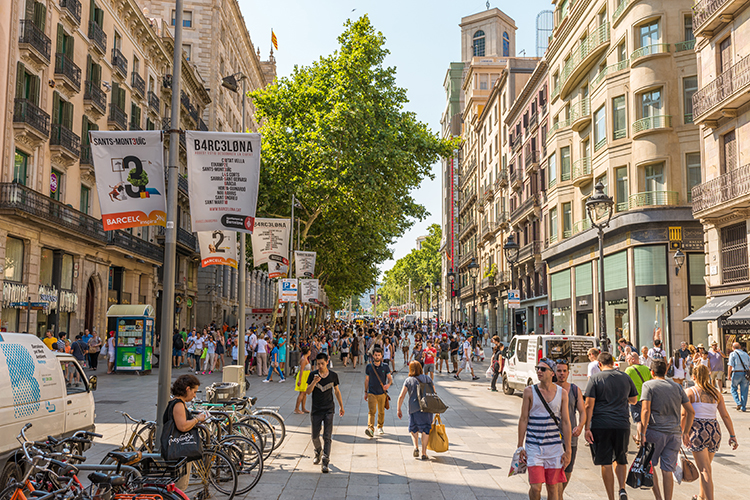 How do you solve a problem like traffic, noise and pollution in our growing cities? For the Spanish city of Barcelona, the answer could lie in the creation of ‘superblocks’.

“The aim is to improve the quality of life for people in the city’s inner suburbs,” says JLL’s Luis Guardia Torres, JLL Director, General Cataluña. “Superblocks should lead to a more sustainable, greener environment with greater productivity within these communities.”

Impact on retail and rents

The areas identified for superblocks are on a grid system – streets containing residential apartment blocks on upper floors, with retail space on the ground floor.

More people circulating at street level should be good news for the area’s retailers, who have been particularly hard hit by the rise of online shopping. Unlike the city’s malls or high streets, they’ve never been able to offer the attraction of a day out or shopping experience.

Guardia is hopeful: “We have seen in the past that, where streets are pedestrianized, more retailers want to take on leases,” he says. “The real estate becomes a more interesting proposition. And if we see an increase in good tenants coming into these areas, with strong competition for this kind of retail space, rents may rise and they’ll attract investors.”

Without noise from traffic, these areas will become nicer places to live and this will impact residential prices, too. “We don’t have the forecasts yet because these changes will be slow but in time there’s likely to be an increase in rents,” Guardia says.

“In the very long-term you could even see small hotels moving out, given the proposed changes in the law to restrict the number of hotels in the city centre. But that’s a way off because these laws have yet to be finalized,” he says.

A model for other cities?

Guardia even suggests that this model could impact cities beyond Barcelona. “Many cities look to Barcelona for ideas and inspiration. It’s become one of the top five tourist destinations in Europe, largely because of City Hall interventions in the wake of the 1992 Olympic Games. Other cities will be watching the superblocks and wondering if they can adapt this model.

“After all, all cities need solutions for traffic and pollution, plus they need to maintain a high quality of life for inhabitants and create a thriving retail environment.”

Barcelona’s reputation for bringing about successful urban change is strong. The city has turned an industrial area into a mixed-use residential, office and technology quarter, and created a mixed-use waterfront area with several beaches from a former port. Perhaps superblocks are the natural next step for this innovative city.